The Washington Consensus: A Russia-sized failure

By: Will Erens
In: Asia and Oceania, Development and inequality, Europe, Theory, philosophy and history

*This piece began its writing process prior to the recent events now unfolding in Ukraine. This article is not meant to distract from these events, and I and the USC Economics Review condemn Russia’s actions. It is meant to provide insight into Russia in the 1990s and to gather lessons for today.

On a cold, blustery November night in Berlin, the symbolic barrier between communism and capitalism, between autocracy and democracy, fell. East Berliners streamed into the West. The old World Order crumbled; its bricks and mortar turned to ash, trampled upon by newly freed citizens. The Soviet Union had long billed itself the vanguard of communism, hammer-and-sickling its way to military domination and industrial might. Its collapse marked a paradigm shift in world politics — and for the future of the Russian masses. A shimmer of hope shown down upon Moscow, the possibility of democracy penetrating the Iron Curtain. Tsarist Russia emerged centuries before under Ivan III, peaked under Ivan IV in the mid-1500s, then outlasted two-hundred years of authoritarian Romanov rule. During this period, the Russian autocracy subjected its citizens to widespread serfdom, stalling economic progress and blockading freedom. In 1917, Vladimir Lenin’s Bolsheviks led a populist revolution that downed the empire, yet failed to give citizens political or economic opportunity. Now, some five-hundred years after Ivan III founded the Tsardom, the Russian people could taste their first drop of democracy. This should have created newfound wealth for Russian citizens, freely able to engage in business under a market economy. Yet Russia today is a twenty-first century version of its former self — power and money vested in an elite few. So what went wrong, and what does it mean for economic development today?

By the late 1980s, macroeconomic conditions across Latin America had severely degraded. Major developing economies drowned in debt while inflation soared, reaching as high as 319% annually in Argentina, while averaging 93% across all of South America. Mexico peaked at 157% in 1987. Economists from around the globe crafted a new set of policies designed to replace the self-sufficiency goals of decades past. The result: an IMF policy package dubbed the “Washington Consensus”, a marked shift towards market-oriented economic models. The Consensus stressed fiscal discipline, seeking to reign in rampant state spending. It sought tax reform, both by widening the tax base and cutting average rates, hoping to encourage international investment. It advocated trade liberalization, the removal of barriers to free, globalized commerce. It curbed corruption, brought financial independence to all. It dreamt of mass privatization and deregulation, reducing the size of the state and its hand in the market, unchaining the power of capitalism. And initially, it worked! Across Latin America, tariffs fell and corporate tax rates were slashed. Mexico liberalized its financial system, opening its economy to foreign investment, while state and municipal governments in Brazil capped their rampant spending. Forecasted nominal GDP growth rates maintained 5-6% annually across the region, while countries like Mexico succeeded in curbing fiscal deficits to only 2% of total GDP. But combined stability and growth soon became a unicorn, with rates slowing to 1.2% by the end of the 1990s, below the 3.2% global average. Meanwhile, half a world away in Moscow, the Consensus was about to collapse.

As the shiny new IMF toy, the Washington Consensus migrated around the globe, eventually landing in the cold, northern plains of Moscow. Its purpose was not economic growth, but to smooth the transition from communist to capitalist, to bring economic control to the long-persecuted Russian masses. In charge of this transition was a group of Harvard economists — and Anatoly Chubais, a businessman and close ally of then Russian leader Boris Yeltsin. They chose to privatize — and fast. Voucher programs offered shares of formerly state-run industries, while loan-for-shares agreements gave economically-advantaged parties stakes in businesses merely for the promise of future loans. Led by Chubais, the Russian government sold off large resource sectors, from oil to natural gas to minerals. But the success of this privatization was short-lived and, quickly, its facade fissured, exposing hidden pitfalls.

In August 1998, as global oil prices fell and interest rates rose, Russia defaulted on its debt. The result was a massive disinvestment campaign from its economy, severely depressing the Rouble, eroding GDP, and reducing real incomes. The year ended at 20.65 Roubles per USD, a rise from 5.96, while real GDP declined almost five percent. Despite early success, the policies of the Washington Consensus met a reality check: they simply were not sustainable in a political climate like Russia. While privatization seemed rational, power was centralized — tightly — in the hands of the few, the masses left to dry. Ironically, the Bolsheviks rose to power backing the common worker, striving for an end to classism. But by the end of Soviet rule, pervasive corruption manufactured a prebendal environment where entrepreneurial ability came second, behind connections to the Chubais clan. Large slices of government property sold well below market value to those with small fortunes, starving the state of needed funds. Loan-for-shares privatization agreements went unfulfilled, as few laws existed to enforce their terms. Contractual law was simply unneeded under the Soviets. The result today is an oligarchy where the largest ten families control 60.2% of national wealth and over 70% of the capital in various natural resource industries.

Pulitzer Prize-winning author David E. Hoffman summarizes the failures of Russia well. To him, the political elite decided to create “maximum freedom first and rules later”, resulting in “criminal gangs, corrupt politicians, and oligarchs”. The Washington Consensus existed in a vacuum, copy-and-pasting between states and cultures. Pushing rapid privatization through a corrupted strainer inevitably leaves corrosive residue. The economists who implanted the Consensus in Russia failed to gauge the market and failed to account for the scarcity of needed political infrastructure around it. The Soviet Union lacked the concept of private property rights and political checks against predatory capitalism. Russia’s long foray with autocracy meant few elites valued restraint for the common good, a necessary aspect of a successful free market. And so, the few won the privatization sweepstakes and were granted control of the economy.

What the failures of the Washington Consensus in Russia tell us is not so much that shifts towards market-oriented economies are predestined to fail or exemplify poor policy. Its failures lie in the environment, the lack of context it incorporated. Travel to Abuja, Nigeria, an amalgamated state, only freed from British control in 1960. In the ensuing decades, it has encountered factionalism, multiple coups, and a civil war that nearly broke the nation. Since 1999, however, the country has held a fledgling democracy with free elections and civic participation in government. Yet, it still lacks the requisite political institutions needed for the Washington Consensus. Nigeria ranked 149th on the 2020 Global Corruption Index and 155th in private property rights. Should the IMF seek to institute the Consensus here, it would fail, Nigerian leaders amassing great wealth much in the way the Chubais clan did in Russia. Fast-paced market reforms would be dominated by the well-connected, resulting in a less productive economy long-term. Nigeria needs a more tailored, Nigerian approach to development, not a copy-and-pasted set of ideals.

The IMF has been trying. It now spends a significant amount of its budget on “capacity development”, the building of national economies from the ground up. It “lets countries lead”, using new technology to tailor training for civil servants in developing countries. In 2016, 265 million was spent on capacity development, a six percent jump from the previous year. Staffing for the program has doubled since the Consensus’s failures in the late 1990s. It takes broad policy goals — many developed in the Consensus — and trains local politicians on how to achieve them, the idea being that locals have a better understanding of the climate and culture back home. In 2016, for example, the IMF assisted Malians in shifting thirty percent of government revenue away from the federal government and into various regions. Here, it accomplished increasing popular political control without installing corrupted elites. This nuanced method of training and assistance is promising, but more work can be done.

As technology improves and more specific data becomes available, efforts to place policy within the national contexts they inhabit will strengthen. Yet, Russia shows us that economic development is rooted in political objectives, not economic ones. The IMF controlling more of the policymaking apparatuses in developing nations may hold merit, but this challenges the Westphalian system of domestic sovereignty. Incentivizing nations through additional funding if political metrics are met, such as stronger enforcement of private property rights or a reduction in nepotism in government, represent causal solutions to bigger issues, not band-aid fixes like reducing trade barriers. Efforts to improve civic participation by upgrading infrastructure and improving domestic security represent vital democratic checks absent in many modern nations, a great departure from the Consensus’ holy grail of fiscal deficit reduction. Although a far slower path, a truly free, functional economy needs to be built from the ground up. A strong economy cannot exist in a vacuum; it needs political backing.

So, what can Russia’s dance with privatization teach us to better the lives of billions around the globe today? Its long history of elitist domination and lack of strong democratic principles were simply not considered in an economic care package designed by free-market thinkers. It not only failed, but allowed for incredible wealth to be generated by the few, disincentivizing future growth. Failures by the IMF in other long militaristic and dictatorial nations are similar, stemming from the lack of consideration of where these policies are enacted. Ideally, fiscal discipline should be practiced universally. But present a purse to non-disciplined leaders, and a country collapses from within. If the IMF is to continue being a functional organization, it must understand its failures and mine them for their value. It must continue to tailor its assistance to individual states, not try to cookie-cutter its way to success. Capacity development is a leap forward from rapid privatization, but it must continue to better understand its clients. Russia taught us that every state is unique, every economic and political environment fickle. We as a species must continue to help develop the poorest among us, but must first get in their skin and walk around in it. 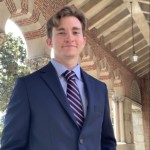