The Republic of Samsung: Monopolistic costs on the Korean economy

By: Minh Tri Vu
In: Asia and Oceania, Business and finance, Development and inequality, Uncategorized

On May 10th, 2022, South Koreans welcomed their new president, Yoon Suk-yeol. In what was considered the closest presidential race in Korean history, conservative Yoon beat out progressive Lee Jae-myung by a 0.73% margin. Despite their differences in politics, both campaigned for the restoration of South Korea’s post pandemic economy. The key to South Korea’s recovery and long term growth either lies with the traditional burgeoning monopolies that hegemonize the nation’s economy, or a new class of innovative SMEs.

A far cry from today’s ‘Gangnam Style’, South Korea during and post-Korean War was plagued with severe poverty and violence. During a time where even Sub-Saharan African nations had a higher GDP per capita ($139.40 vs $93.80 in 1961), South Koreans lived in relative squalor. So how did a nation devoid of natural resources and civic national identity skyrocket to become the 10th wealthiest economy in the world? The answer lies in family owned conglomerates, known to Koreans as “chaebols.” Chaebols were born when the early South Korean government sold off seized Japanese assets to raise funds for the Korean War in 1946. From the start, the relationship between chaebols and the government was marred by corruption. Syngman Rhee, the first president of South Korea, awarded government contracts to businessmen that supported his political ventures. However, when the Second Korean Republic ended in a military takeover in 1961, the government sought to reign in chaebols by prosecuting top chaebol leaders and seizing their assets. Within a few years, the new government realized that they needed manpower and resources to execute their plans for industrialization. Thus cooperation between the government and chaebols resumed, with the government providing the plans for economic expansion, while chaebols were expected to meet production quotas.

Under the leadership of President Park Chung Hee, chaebols experienced massive growth due to newfound access to foreign capital and diversification into critical sectors. Government support was instrumental in securing foreign loans for these chaebols. During this time, domestic interest rates hovered around 25%, while foreign loans had rates of around 5-6%. With the government backing these loans in the case these companies failed, chaebols were able to obtain capital to expand production capacities and grow. In return, chaebols would support Park in his political and economic endeavours. This led to a situation where companies would have to maintain close ties with the Park administration to access cheap loans.

Miracle on the Han River

As the Korean economy continued growing, so too did the profits and power of chaebols. From 1960 to 2021, the GDP of South Korea grew an average of 7.18% a year from 3.95 billion to 1.799 trillion. This breakneck growth was nicknamed the “Miracle on the Han River.” Chaebols captured a disproportionate slice of this growth. In that same period, exports grew from 2.6% of GDP, and reached a peak of 54.1% (593 billion USD) in 2012. Top chaebols accounted for more than half of [national] exports, with Samsung having the lion share, at 28.2% of all Korean exports (2012). The rapid growth of these chaebols helped South Korea industrialize and vastly improve living standards within a few generations. But as chaebols grew, the power balance began to tip in their favor, tipping the symbiotic relationship with the Korean government. Chaebols, now almost “too big to fail,” began to exert their corporate influence to earn special privileges and favorable legislation, whilst imposing costs on the greater Korean society.

During Korea’s first debt crisis, currency devaluations caused over half of overleveraged firms that had received foreign loans to go bankrupt. In turn, the government stepped in, converting corporate loans to long term public ones, whilst imposing a heavily discounted interest rate under the market rate. This came at a cost to smaller lenders, who saw their real rates dip under inflation.

Another act of corporate enabling is the structure of Korea’s tax regime. Chaebols face a blend of high inheritance taxes and regressive corporate taxes. This causes chaebol families to engage in corporate cross-shareholdings and circular ownership schemes to maintain their control over minority shareholders. Additionally, the top share of chaebols pay an effective rate lower than the average among all companies. For example, Samsung’s effective rate on profits was 12.8% vs the average of 16.8% among all South Korean firms. All of this fuels the monopolistic sentiment behind the management style of these family-run conglomerates.

Lastly, the permanence of chaebol pressure in the Korean government results in increasing leniency towards chaebol activities and a reluctance towards any type of reform. In recent years, unions — which are heavily repressed in Korea — have been pushing the government for reform with chaebols to diversify the economy. Amid slowing growth in 2018, however, the left-wing Moon Jae In administration instead pardoned several chaebol leaders on bribery charges in a bid to stimulate the economy. Additionally, the government backed away from several proposed labour reforms such as capping working hours.

After decades of wealth accumulation, mergers, and acquisitions, the dominance of chaebols and a heavy reliance on exports has become a major Achilles heel for the Korean economy. Such circumstances make South Korea highly susceptible to global market swings, such as in the face of COVID-19.

But even before the pandemic, global trade had begun to slip, spelling an economic downturn for Korea. In 2019, amid slowing chip demand, as well as trade disputes between the US and China, Korean exports declined 10%.

The fact that chaebols like Samsung are responsible for most of the country’s trade, usually specializing in a core product like chips or LCDs, puts Korea in a risky position; a decrease in demand for their most valuable products creates economic stagnation for the whole nation.

On top of slowing demand, increased competition from Chinese manufacturers have undercut Korea’s export oriented strategy. An influx of cheaper shipbuilding from China has turned Ulsan, a city dominated by the conglomerate Hyundai, into a potential rust belt. Exports in the region dropped by 32% year-over-year in 2018. Ulsan has been losing export market share due to this lack of economic diversification, accompanied swiftly by decreasing local consumer demand, and rising unemployment and suicides. This region’s situation mirrors a one that could soon play out in the rest of Korea in the case of a severe drop in global demand for exports.

While chaebols have been credited with the growth that turned South Korea into a highly developed nation, the modern world economy brings with it unforeseen problems that chaebols struggle to deal with. The prolonged period of government financial support led many chaebols to neglect crucial R&D or corporate restructuring, focusing instead on expansion of production capacity or gaining government favours. With public support dwindling for government-chaebol relations, bailouts and subsidies for chaebols are beginning to dry out. And while many of these chaebols have improved their debt ratios since the 80s, almost 20% of chaebol affiliates are classified as “zombie companies,” or companies that struggle to cover debt servicing costs.

With chaebols dominating many sectors of the economy, many SMEs find themselves left behind. Either crowded out of markets or acquired by chaebols themselves, SMEs still make up 88% of the labour market, despite accounting for less than a quarter of the market capitalization of Korean companies.

This demonstrates the stark inequality that chaebols breed. Due to their dominance, chaebols are able to bargain and fix prices for both consumers and suppliers. Daniel Tudor, in his book Korea: The Impossible Country, states that small firms “are simply told what price to sell at,” being at a level that “enables them to survive, but not actually earn enough [to expand].” Additionally, researcher Cho Seong-jae of the Korea Labour Institute describes a system where chaebols also outsource non-core operations to lower paid workers in SMEs as “price hikes to constrain SMEs’ payment capacity, which makes it impossible for workers at SMEs to receive high wages.” This exacerbates Korea’s wealth gap; non-chaebol workers earn 37% less than chaebol employees.

With the onset of slowing growth from chaebols, South Korea is in need of a new economic model: one that favors innovation and openness, rather than dependence on current corporate behemoths. However, in order for South Korea to alter its economic model, it must first confront the chaebols that have been wielding power over the nation.

There are several ways the government could do this: weaning chaebols off government support, revoking their special privileges, stopping financial subsidies that keep unproductive chaebols solvent, and creating new corporate governance measures. Whichever path the Korean government takes, reigning in the power of chaebols is essential, and such actions have shown to pay dividends.

In one case of failing chaebols, research from the Economic Policy found that:

“In industries that were dominated by chaebols before the crisis, labour productivity and TFP (total factor productivity) of non-chaebol firms increased markedly after the reforms (relative to other industries).”

The crisis refers to the 1997 Asian Financial Crisis, where half of the top chaebols were allowed to become bankrupt. Many others were merged or consolidated into other corporations. Following this, the government introduced several reforms, like lifting foreign direct investment caps and imposing debt limits. This not only shaved off the inefficiencies of some chaebol affiliates, but helped limit many of the market powers that these firms wielded.

With a newfound focus on SMEs, which are mainly clustered in the service, knowledge, and technology sectors, the Korean government will be able to maintain economic growth in a new age of deindustrialisation. However, in order to nurture this new economic model, the government must continue to address the existing inequities in the market, especially seeing that chaebols maintain strong powers over the economy. Time will tell if the transition from “investment to innovation” will spell an economic solution for South Korea’s Second Miracle. 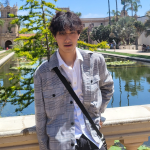 Minh-Tri Vu is an undergraduate student at USC studying Economics. He is interested in macroeconomics and urban planning.