The economic consequences of electric vehicles

Since the dawn of civilization, humans have created and replaced inventions in a never-ending cycle of innovation. Gas-powered automobiles completely changed travel when they replaced horses as the main form of transportation over one hundred years ago. Today, another impactful shift in transportation is occurring: the rise of electric vehicles (EVs). Faster, greener, easier to handle, and more technologically adept, electric vehicles have quickly risen in popularity over the last ten years. With EV sales rising by 60% over the first three months of 2022 as the overall car market dropped by 18%, there is a clear indication that a dynamic shift within the car market is occurring. Due to this inevitable change in automobile preference, potential economic consequences relating to the pricing of oil, tax burdens, and EVs themselves are bound to impact the average American consumer.

As electric vehicles continue to proliferate globally, EV ownership rates in the U.S. pale in comparison to other developed nations such as Norway and China. The reasoning behind this is their affordability in the domestic market. In America, electric vehicles remain a luxury item due to battery shortages, the rise in the price of raw materials such as lithium, the high demand from affluent buyers, and the lack of public charging stations. For these reasons, the average sticker price of a new electric car in America is $66,000, over $20,000 more than the average for all new cars and almost equal to the median annual household income of $67,521 in 2020. In addition, car companies lack incentives to lower their prices because the demand for electric cars is already so high that products like the Tesla Model Y and Ford Mustang Mach E are sold out. One potential solution is the $4000 tax credit on used vehicles and the $7500 tax credit on new vehicles that EV buyers receive from the recently passed Inflation Reduction Act (IRA). However, as this tax credit’s full implementation is only possible if the EV buyer has a federal tax liability of $7500, it is poised to mostly benefit high-income consumers. As such, unless a form of price regulation or subsidies occurs, EVs will remain largely unaffordable to the general public. This creates an unresolved issue, as EVs continue to be pushed forward by the U.S. government and large car manufacturers as the future of transportation and yet still remain unaffordable. The result of this could be dire, as it will leave most Americans without a form of legal, private transportation.

With the Biden Administration pushing for 50% of all cars to be electric by 2030, the tax burden needed to pay for the necessary infrastructure to make this goal a reality has the potential to create widespread economic impacts. Currently, the White House plans to spend about $5 billion to build more than 500,000 public charging stations across the country by the end of this decade. Unfortunately, this would still be far too few chargers to maintain a scenario in which half of America’s vehicles are electric. It is estimated that around 1.2 million public charging stations and about 28 million private electric chargers would need to be installed by 2030 to support the Administration’s goal, with an estimated price tag of $35 billion. Furthermore, as of now, the current U.S. power grid cannot support a rapid shift to EVs, necessitating a wholesale upgrade of the system. This will be extremely expensive, with the estimated cost of upgrading a single direct-current-fast-charging (DCFC) station with four 150 kilowatts (kW) chargers being around $150,000. Today, there are 19,932 DCFC stations in America, indicating a total required upgrading cost of around $3 billion. Unfortunately, these infrastructure implementations are certain to impact the average American consumer because in order for the U.S. government to gain the capital needed to pay for them, it likely will levy an increased income or gasoline tax. As such, the U.S. government should also focus on finding alternative solutions to gaining this capital so it can mitigate the risk of this change negatively impacting consumers.

Oil price volatility continues to remain a significant factor on the health of the U.S. economy. Currently, Americans are spending 32.3% more on energy than they were last year, the leading cause of this current recession in 2022. Electric vehicles continue to gain market share, with EV sales increasing by 11% from Q3 to Q4 of 2021, while gas-powered vehicle sales declined by 1.3% over the same period. As this trend continues, the demand for oil will stagger and consequently lead to a reduction in oil supply. Due to this reduction, gasoline prices have the potential to rise if supply shifts more intensely than demand. This represents a dangerous economic reality for the average American consumer, most of whom will still own a gasoline vehicle, as this sharp increase in the price of gasoline will create an unnecessary emphasis on budget allocation towards “gas money”. Because of this, some consumers may mitigate this reallocation of income by taking a job with a shorter commute or deciding to work completely remote. Due to this shift, a reduction in economic growth has the potential to ensue.

Despite this risk, however, the rise in electric vehicles also has the potential to loosen oil’s grip on the U.S. economy, counteracting the potential rise of oil prices created by supply decreases. This change is only possible if America follows through with the Biden Administration’s goal of 50% of all vehicles in America to be electric by 2030. If successful,  American dependence on oil will be severely diminished, as about half of America’s population  will not be impacted by a rise in gas prices. In addition, the risk of energy prices replacing oil prices as a potential cause of an economic downturn is not possible because energy rates, unlike oil prices, can be regulated. For example, if a utility company wants to raise its rates, it must first submit an official request to the government, whereas an oil company can simply raise prices. Furthermore, the recently passed Inflation Reduction Act allocates funding for over 950 million solar panels, 120,000 wind turbines, and 2,300 grid-scale battery plants, all in a bid to remove oil’s dominance over the US economy. As such, the increase in electric vehicles could generate a positive impact on the American economy, as the transition will facilitate the U.S. to use predominantly clean, regulated energy, taking away the impact that oil, the single largest factor for a potential recession, has on the U.S. economy.

As is the case when any market-shifting innovation occurs, electric vehicles are bound to manifest economic consequences, whether they be positive or negative, on consumers. As such, as EVs continue to rise in popularity and are likely to become a substantial portion of all automobiles within America, the U.S. government must take all the steps necessary in making sure that this transition does not cause any economic hardships on its citizens. 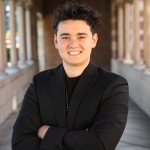