By: Semeon Vlahotasios
In: Business and finance, Europe, World affairs

The economic decline as a direct result of inflationary pressures from the Russian invasion of Ukraine presents key headwinds in both the global and Eurozone economies. Due to supply-chain-related disruptions caused by the conflict in Ukraine, commodity prices have increased despite their overall decline in the second quarter of 2022.  This broader retreat, assisted by similar decreases in riskier asset prices and bond yields, is a direct result of a collective tightening in monetary policy. Eventually — in a forward-looking environment — such declines should be passed on to consumer prices. It should be highlighted that energy prices, primarily responsible for inflation in the Eurozone, will overshadow any potential core consumer price decreases. As a result, uncertainty regarding the development of the war in Ukraine presents difficulties in accurately forecasting economic activity in the Eurozone.

Retail sales on a year-over-year basis have mostly stabilized on a moderate growth level after a slower start to 2022. Overall month-over-month inflation-adjusted retail sales in the Eurozone for August rose by 0.3%, better than June’s decline of 1.0%. The current environment suggests that the Eurozone is returning to a slowed-down environment.n. Despite such muted upbeat month-over-month news, European consumer confidence measured by the European Commission is at all time lows, with August (-24.9) being 2.1 points better than July (-27.0), but still 14.8 points below the long-term average of -10.1, further highlighting an overall potential growth slowdown.

Inflation in the Eurozone remained elevated in August, at 9.1%. Southern nations landed on the higher end of the distribution curve, with only Italy (9.1%) being at the average August Euro Area inflation rate (9.1%). Energy was the predominant contributor in the Euro Area with a mean annual increase of 19.7%. Greece and Spain had the largest increases, partially due to lagging behind Euro Area inflation. Additionally, Italy has predominantly outpaced the year-to-date average Eurozone energy inflation, hinting that the overall inflation index may be closer to its peak.

Market analysis conducted by investment banks like Deutsche Bank and Morgan Stanley, as well as the European Central Bank (ECB) forecast substantial Brent Crude declines in the short-term, then stabilizing in the long-term. From the beginning of 2022, Brent prices have increased by around 45.9% (Chart 3, panel b). This has not only put pressure on key economic activities like the transport of goods, but has influenced the prices of household baskets of goods for European consumers, resulting in a direct decrease in their disposable incomes. This creates various socioeconomic pressures that further increase the risk of medium-term political instabilities, potentially endangering the timely execution of a collective monetary policy.

In any event, we should remain wary of further developments in the Russia-Ukraine conflict that will severely alter Brent prices this Fall. A potential escalation of the war will present a highly probable scenario of re-evaluations in Brent prices that will be affected by either continued  recession fears or the declining supply of oil in the global markets. Under this scenario, Russia may decide to commence a counter-attack strategy, such as the complete shut-down of Nord Stream 2 natural gas pipeline as a response to lasting Western sanctions, further endangering the macroeconomic stability of the Eurozone.

With heightened recession fears, there has been an increase in the bond-spreads between major Southern European member countries and the German bonds (Bunds). This event, commonly referred to as fragmentation, has brought tight monetary policy to a halt. The ECB has lagged behind in the global series of interest rate increases. Particularly, the ECB raised all key rates (deposit facility, main refinancing operations, and marginal lending facility) by fifty basis points (0.50%) in September and will decide on further increases after assessing the labor-market, inflation, and various financial instrument performance, like bonds.

It is important to clarify that the ECB has not directly acknowledged credit risk regarding Italy’s high bond value of which the domestic central bank has not extended their maturity. They have also not acknowledged the risk of  Spain’s low mean maturity of government issued bonds, the lowest in the Eurozone (Chart 4). All southern members, excluding Greece, are below the south’s average maturity, mainly driven by Greece’s extremely high average maturity of twenty-eight years. Excluding Greece, average bond maturity drops from 13.12 to 8.16 years. Such maturity can be considered a positive in the context of a debt-crisis, as debt is held for longer and does not require a prompt repayment of the full bond issuance.

However, a debt crisis in the current environment is not guaranteed even with elevated debt levels, and in some cases the market is even looking for ways to make the current debt levels more sustainable. Of the four southern Eurozone members, Greece has done the best job in regulating high debt levels and pursuing long-term debt maturity, while Italy has remained largely unchanged in both aspects. With this in mind, the ECB recently announced a new addition to its toolkit, the Transmission Protection Instrument (TPI). The purpose of this instrument is to purchase government-issued bonds with a relatively short maturity, typically between one and ten years. This tool should assist the South in combating rising yields that can create instability in the transmission of monetary policy. Some see the eligibility for TPI being difficult for Italy to implement, however, when ECB’S President Christine Lagarde shared the details regarding the TPI’s eligibility constraints and activation triggers, they did not account for the Governing Council of the ECB’s  discretionary intervention. What this means is that in the case that Italy requires the immediate activation of the TPI, the Governing Council may be able to supersede certain eligibility barriers. This is highly unlikely since the ECB may propose other routes before ignoring an eligibility constraint as it would damage the Bank’s credibility to the market.

In broader terms, when analyzing the potential of credit risk in the Eurozone, it must be understood that the region is heavily influenced by the potential escalation of the Russia-Ukraine conflict. The baseline case assumes a gradual de-escalation of the war in early 2023. As we get closer to winter in Europe, inflation should remain persistent as energy costs are passed to the consumer adding pressure to the Governing Council to fight rising sovereign bond yields, especially in the periphery (Spain, Italy, Greece, etc.). This pressure should be persistent throughout Fall 2022, and there may be negative influences in broader Europe. In continuation of this hypothesis-based analysis, there would be dampened primary surplus growth because of increased energy prices. These prices will be related to broader government efforts, either through stabilization by directly influencing the energy market or through government transfers in the form of subsidies, the more likely market intervention.All of this should lead to a large reduction of the Union’s aggregate output, mainly driven by inflation and supply chain-related disruptions. These lead to a decline in manufacturing and quality of life for consumers.

De-escalation is the consensus outlook for the conflict in Ukraine, producing a gradual return to financial stability in the Eurozone. A potential recession should mainly remain output-reducing and will not progress to a completely recessionary environment, accompanied by increases in unemployment rates. According to the latest data available, June was the third consecutive month of a 6.6% rate in the seasonally-adjusted unemployment of the Euro Area. In southern Europe, energy dependency to Russia is lower than in the North, with Italy having the largest gas dependency at 31%, and Spain the lowest at 9%. Italy has taken certain steps in replacing Russian gas imports with Algerian supplies, and the European Commission signed a Memorandum of Understanding with Azerbaijan to substantially increase imports by 2027. With this de-escalation  outlook for the conflict in Ukraine, the South must worry more about the overall financial stability related to the macroeconomic results of inflation from increased energy prices seen on producer prices. An increased emphasis must be placed on maintaining balanced fiscal spending increases during the fall, as it is expected broadly by market participants to safeguard government bond yields from entering an environment that the ECB refers to as: “unwarranted, disorderly market dynamics that pose a serious threat to the transmission of monetary policy across the euro area”. 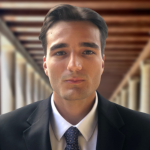 Majoring in Economics, and minoring in Finance, Semeon does extensive economic research with an emphasis in key themes like: interest rates, sovereign bonds, and foreign-exchange rates. Semeon is a an assistant researcher at the Center for Economics and Social Research, and author at the Economics Review. His current working paper is titled: "Measuring the success of the European Economic and Monetary Union ".