America: Where even sustenance is monopolized

By: Chloe Ghaleb
In: Business and finance, Environment, United States

America: land of the free, the brave, and… the hungry?

The international hunger crisis has rapidly deteriorated. Worldwide, 50 million people are currently suffering famine, doubled from 2019, with a further 811 million projected to go hungry. In America alone, hunger levels have soared to the worst numbers among comparable records. Today, around 38 million Americans are food insecure and depend on food aid. In November of 2021, one in six American households with children reported sometimes or often not having enough food.

The reasons are many. For one, poverty and inequality have increased in recent years at the highest rates ever recorded. Climate change is afflicting the quantity and quality of arable land worldwide while creating crop diseases and pest issues. Food is wasted in exorbitant amounts due to both production complications and over-purchasing; in America, it is estimated that 40% of food produced annually is trashed or discarded, while tens of millions go to bed hungry.

Yet we often overlook a crucial factor: agricultural monopolies and price fixing. While small farmers operate 91% of the farms in America, they account for only 20% of the output. That means that a whopping 80% of domestic food production and distribution is controlled by a handful of major corporations. To put the severity of agricultural market concentration into perspective: 4 U.S. companies alone–Monsanto, Syngenta, DuPont, and DaAgro Sciences–control 80% of the corn market, 70% of the soybean market, and more than 50% of global seed supply. It is more likely than not that any one bite of food in the world, some way or another, stems from one of these four companies. A recent investigation further uncovered that a plethora of the most regularly-bought grocery store items have their majority market share constrained to four or fewer large companies. Consumer choice and competitive pricing within the food industry have devolved into an illusion in contemporary America.

This article will explore how such a scenario was able to form, its economic ramifications, and implications for the future.

How were agricultural monopolies able to form in America?

How is it that monopolies, the antithesis of a free market economy, were able to form in one of the most crucial economic sectors of a country supposedly fueled by the capitalist spirit? A series of interconnected developments help illustrate the larger picture.

1. The consolidation of bio-agricultural technology

The conception of Genetically Modified (GM) seeds and food has upended the agricultural industry. GM seeds are manufactured to withstand pests and produce more bountiful and “aesthetic” yields. Often, they are not subject to the same natural conditions and seasonal limits as traditional seeds, and are simply more competitive in a fast-paced, consumerist economy. GM seeds have all but hijacked the agriculture industry since their entrance into the market in the 1990s. Today, about 75% of the processed foods we eat contain GM ingredients.

Yet the distribution of the technology necessary to produce GM food has not been equal. A handful of major companies have consolidated the technology from the beginning and achieved economies of scale through their use. Smaller farms, who have a harder time accessing and affording the technology, cannot compete with these giants of agriculture. As a result, a few companies govern the use of most modern bio-agricultural technology.

Large corporations maintain dominance over the use of bio-ag technology and aggressively control the distribution of the GM seeds they produce.

This was made possible in the 1980s, when the Supreme Court narrowly decided that seeds, which they had previously viewed as life forms too complex to be patented, could now be seen as widgets and patented under intellectual property rights. This makes it illegal for any individual to use, distribute, or sell a patented GM seed without explicit agreement from their manufacturer under set terms. Major corporations like Monsanto and Syngenta seized this opportunity–Monsanto alone has more than 700 bio-ag patents.

These companies typically force farmers to sign a contract stipulating that seeds can not be saved nor resown the following year. So, farmers must cut a check to the firm for every seed they plant–and these companies will go to great lengths to ensure that. Monsanto, for one, has hired private investigators to effectively spy on smaller farmers and intimidate them to make sure they aren’t participating in “seed piracy.” The company has won hundreds of lawsuits posed against smaller farmers, many who often settle before the case even gets to court because they can’t afford representation or fear the major corporation’s power.

With major corporations controlling the production, distribution, and thus price of seeds, one would expect there to be some form of regulation against monopolistic dominance in such an important industry, at least globally. Yet the reality is quite the opposite. The World Trade Organization requires member states–which constitute almost all countries–to have some form of legislature protecting plant variety. Most adhere to this rule by applying the standards set by the International Union for the Protection of New Varieties of Plants (UPOV). Yet UPOV’s standards require seeds to be genetically unique and homogenous. Ordinary seeds, which are subject to natural variation and passed down through generations, are incapable of meeting these requisites. As such, the average farmer’s seeds and resulting plant varieties won’t be officially recognized.

Furthermore, many countries have laws which go as far as to prohibit the sale or even sharing of “ordinary” seeds which do not meet industrial yield and makeup standards. Farmers are often left with no other legal or professional option but to purchase GM seeds from major corporations and enter a corporatized cycle which leaves them with less profit, control, and freedom. This change ends up being passed onto the consumer in terms of higher prices and less choice in the quality and type of food they eat.

What are the economic ramifications?

As examined, a handful of companies have outsized influence in determining what, how, and for whom food is produced. Such a monopoly enfeebles the economy in a number of ways, and regardless of how one analyzes it, the monopolization of the agricultural industry is a massive negative externality of both production and consumption.

Food is, clearly, no luxury or non-necessity. Sustenance is a requisite for human survival, and enough sustenance is critical for humans to function properly. So if monopolies like Monsanto want to raise the prices of their seeds, and farmers in turn have no choice but to increase their costs as well, consumers will be left suffering the burden. Researchers have empirically linked the retail consolidation of food to higher prices for consumers, and this uptick in prices has been recorded around the world. The United States Department of Agriculture released a report in February 2022 detailing a 7.9% increase in food prices, the largest yearly increase since 1981.

The World Food Program labels “rising costs” of food as one of the main reasons for world hunger. And hunger is perhaps among the worst of negative externalities of consumption (or, non-consumption). Hunger leads to 25,000 deaths daily, stripping society of the enormous value of a human individual. To add to this debilitating humanitarian and economic impact, research by the Feeding America institution found that the U.S. loses $130 billion annually due to illnesses linked to hunger and undernutrition, with a further $19 billion lost due to poorer educational outcomes and lifetime earnings from food insecurity. Hunger resulting in part from the monopoly price-setting leads to fractured communities, stunted economies, and the inhibition of societal progress.

The damage doesn’t end there. The presence of agricultural monopolies holds dire implications for the future of the world.

To begin, the consolidation of food production within a few corporations’ hands has been found to wreak havoc on the environment. GM seeds are industrially manufactured and farmers can’t resow them, which crushes natural seed evolution and variety. According to the UN, 75% of the world’s crop variety disappeared between 1900 and 2000. This lack of seed diversity leaves the world’s food supply increasingly vulnerable to climate change and environmental stresses. The unpredictability of the climate crisis has left harvests subject to unique challenges in different parts of the world; homogenic seeds, even if they are engineered, cannot combat the full range of complications they may encounter in different regions. Furthermore, the similarity between GM strains means there is less flexibility to fit a specific region’s needs, as opposed to natural seeds which have evolved through time and natural selection to perfectly meet the needs of their environment. If GM seeds become unyielding because of changing climates, there could be exponential increases in hunger and famine, especially for the most vulnerable (and it is no coincidence that 80% of the countries most at risk of climate change are also suffering from extreme food insecurity).

The ability of agricultural monopolies to operate at the scale they do casts intense doubt on the authenticity of free-market protection and antitrust regulations in America. Only five years ago, the aforementioned major agricultural companies began merging or being acquired: Bayer scooped up Monsanto, DuPont and Dow Chemical formed a multi-billion dollar pact, and Chinese giant ChemChina bought Syngenta. These three massive companies now control 60% of the world’s seed supply and 64% of pesticide supply. And while the Department of Justice has investigated their dominance–there was a two year investigation into Monsanto ending in 2012–those investigations were ultimately closed without a peep nor indictment.

President Biden recently passed an executive order targeting big-ag monopolies to enhance competition within the agricultural industry and “alleviate unfair practices.” The President criticized the “price hikes for seed, lopsided contracts, shrinking profits and growing debt” present in the industry as a result of monopolization. Whether meaningful change and progress will be implemented and practiced following this order remains to be seen.

Yet it is not only the agricultural industry which has flown under fair competition and open market standards. Antriturst regulations, formed to prevent anticompetitive monopolies as such, have been relaxed or ignored since the 1970s by American politicians who argue that the market will regulate itself. Evidently, it has not. Online retailers have a hard time going up against behemoth Amazon, for example, which scoops up smaller retailers through questionable tactics. A notable example is its use of temporary price-slashing, which makes it impossible for smaller companies to compete, eventually forcing them to be acquired. In the pharmaceutical industry, researchers have discovered large companies suspiciously raising their prices at the same time for the same product. Major firms like Blackstone have been accused of capitalizing off the pandemic by buying up housing and driving up prices, which creates monopolistic tension in the real estate industry. All that is left is for a monopoly to form in the water sector, and Maslow’s primary needs–water, food, and shelter–will be controlled by a number of companies you could count on two hands.

This may all sound pessimistic, but it cannot be denied that the pendulum of America’s economy is swinging–and has been swinging–in favor of big firms rather than the consumers it is meant to serve. The United States is in the midst of a new economic model far removed from Adam Smith’s 18th century musings, and has transformed from a capitalist to a neo-capitalist/corporatist economy.

Whether or not you agree with such an assertion, I implore you to look more closely at prices the next time you’re on a supermarket run. Adjust them for inflation, compare them to what you can remember paying a couple years ago, and see if your rotten findings don’t cause a stomachache. 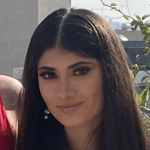