The local dynamics of global cuisine

Globalization, the process by which people, businesses, and customs develop international influence, has spurred a confluence of diverse cultures in specific cosmopolitan centers. With the advances in technology and transportation in the modern world, globalization has sped up, and the penetration of various cultures into local communities is aptly captured in the food we eat. The map below, based on Google search data, contains the most popular takeaway choices from around the world.

Inside this seemingly simple map, surprises are exposed. Who would have thought, for instance, that out of all the dishes available in the world, sushi, a Japanese delicacy, would make it big in faraway Brazil? Zoom in close enough, and the revelations only get wilder. Indian food tops the charts in the Netherlands and Thai cuisine finds its way on the menu in the Grenadines, a remote North American island. Such findings reveal how access to a variety of food outside one’s own culture massively impacts the culinary decisions of local communities and nations. In fact, with steadily improving access to technology and transportation networks across the globe, the number of “surprises” is only expected to grow.

One of the most popular global cuisines is Chinese food, which takes the top honor in 29 countries, including America, Britain, and Australia. The explosion of interest in Chinese gastronomy is credited to the emigration of the Chinese in large settlements to developed countries in the postwar era. When people resettle from one place to another, they carry their culture with them, and this is often represented in the food they consume. The Chinese have stronger representation abroad than any other group, with “Chinatowns” in numerous cities across the world as well as high populations in more rural areas. A 2010 United States census reveals that 47.7% of residents of Monterey Park, California were of Chinese descent, compared to a 19.4% Caucasian population. In Australia, those born on the Chinese mainland alone contribute 2.5% of the country’s population.

The statistics provide insights into the subtle yet powerful correlation between mass migration and culinary globalization. A ResearchGate publication by Vatika Sibal states that “food is often used as a means of retaining their (the migrant’s) cultural identity.” Having home-cooked food represents a compression in space and time in this aspect, as people no longer have to travel long distances to taste their their home country’s local food. Further, the close ties between food and identity explain why families with similar cultural backgrounds prefer to stay in the same community in a foreign country; they can collectively participate in the customs and beliefs that they identify with. The local once again interacts with the global.

However, with such an argument comes the assumption that the globalization of food is only connected to the immigration of people. Is foreign cuisine actually penetrating into the homes of the local residents, the heart of the communities, or the collective palate of the nation? Such questions are well warranted, given the many Chinese settlements that have sprung up around the world. That being said, Chinese food is also astoundingly popular in countries that do not have a history of Chinese immigration, such as Ghana and Bolivia. These nations are economically underdeveloped and face hardships such as rife corruption and dire inequality, which deter people from immigrating. In 2012, the Population Reference Bureau reported that “nearly 240 million people in Sub-Saharan Africa, or one person in every four, lack adequate food for a healthy and active life.” With so many unable to afford any kind of food, the chances of foreign cuisine penetrating into these regions seems to be very slim. Yet this still did not stop Chinese food from piquing their interest.

Although the number of Chinese immigrants is large in many nations, the chance that they will become the dominant group in the host country is practically zero. For example, the Chinese population in the U.S. in 2019 was 5,399,000, and the total population in the U.S. at that time was 328,231,337. With those of Chinese descent making up only 1.64% of the populace, they would have to multiply their numbers by more than 30 times to become America’s majority race, a highly improbable scenario. Yet despite not being the ethnically dominant group population wise, Chinese food is one of the most consumed in the United States. Today, as reported on Time and according to the Chinese American Restaurant Association, there are over 45,000 Chinese restaurants currently in operation across the United States, greater than the number of McDonald’s, KFC’s, Pizza Huts, Taco Bells and Wendy’s combined across the country. The logical reasoning would be that there has been a considerable shift in citizens’ opinions of the food that they consume. For this to happen on a large scale, global cuisine must have had a say in the local communities as a result of globalization.

Speaking of global cuisine, it would be a grave injustice to not include a discussion of pizza, which is the most popular takeaway choice in 44 nations according to the MoneyBeach report. In the postwar era, both Italian immigration and the formation of economically sustainable pizza chains have contributed to the global spread of the food. Pizzerias have appreciably low overhead costs and require minimal investment, which meant that it was relatively easy for a middle class American to start their own pizzeria. On average, pizzerias have profit margins of 15%, which is higher than the 10% for an average business and much higher than the 3-5% for a full-service restaurant. Today, according to Restaurant Dive, the U.S. pizza industry is worth nearly $46 billion in revenue, out of which 40% goes to regional and local pizza restaurants. As more and more pizzerias opened, competition brewed between the national pizza chains and the local pizzerias. It was a mouthwatering clash of the global with the local and a classic example of David vs Goliath.

The solution that these pizza chains came up with to stay one step ahead of their competitors impacted not only local food, but global logistics. If there is one thing that pizza chains are known for today, it is home delivery (30 minutes or your order is free!). Such marketing made sure that Americans were able to experience the thrill of trying a foreign cuisine from the comfort of their homes. In fact, pizza was one of the earliest foods to be delivered, and the tips and tricks that pizza companies utilize to optimize their delivery strategy are being observed as case studies today at the University of Wisconsin and in Amazon. While the Wisconsin study introduced 6 software applications that would allow a local pizza store to deliver pre-baked pizzas in 30 to 45 minutes to keep pace with its competitors, Amazon Web Services worked with Domino’s Pizza to determine a mechanism that could predict the pizzas that would be ordered, which brought down the average delivery time to less than 5 minutes. These studies could potentially give the global logistics industry revolutionary insights on streamlining their timeframes and could be expanded to solve solutions and improve efficiencies in unrelated industries. And to imagine all of this started with a local pizzeria whose main dish originated in a country 5000 miles away!

While globalization helps increase both the knowledge and production of global cuisine, it is important to note that there is a difference between mere knowledge and the direct experience of a different culture. Food is unique in the sense that it does not discriminate: any person of any background can consume an array of multicultural cuisines. Food is an integral part of daily life; it is a requirement that nourishes our bodies multiple times on a daily basis. Consuming various portions from global cuisines broadens an individual’s perspective by exposing them to an array of cultures. This increases global interconnectivity and can pave the way to communal peace, fostering an environment where people bond over shared meals and international food in their local community. Cuisine helps the global interact with the local in thought-provoking ways. 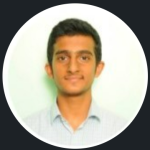