From rising sea levels and microplastic pollution to the loss of environmental biodiversity, the effects of capitalism without environmental consciousness are becoming unavoidable. As society becomes increasingly aware of the detrimental and persistent effects of climate change, citizens are looking for a way to mitigate the damage. One possible solution starts in the market of renewable energy. Today more than ever, the private sector needs to push the transition to renewables.

The current war between Russia and Ukraine invites us to reevaluate our economic dependence on oil and whether it is time to embrace a renewable-dependent electric grid. Although the United States is the world’s largest oil producer, European countries rely on Russia for about one-third of their total oil imports. And even though the U.S. relies on Russia for only about 10% of exports, Americans are also feeling the impacts of the war. Oil, like any other commodity, is subject to the laws of supply and demand. If supply drops while demand continues to increase, which is what is happening right now, oil prices skyrocket. If prices rise too high, this could diminish oil’s value, providing a unique opportunity for renewable energy, specifically green hydrogen.

Though renewable energy has grown over the past decade from 32 terawatt hours in 2000 to 1,857 terawatt hours (about 52x growth) in 2018, it contributes to only 7% of electricity worldwide. The viability of renewables will depend on low carbon technologies like nuclear, carbon capture and storage, and hydrogen. Hydrogen is known as an energy vector since it can convert, store, and release energy while also being able to combine with other elements to create hydrogen-based fuels. Currently, most hydrogen production is grey, meaning it is produced from steam methane and emits high levels of carbon dioxide. The goal is to make carbon-free, green hydrogen that is produced by renewable energy like water, solar, and wind.

It is estimated that the clean hydrogen supply chain will require $5 trillion of investment to reach net zero, but there is popular support for the energy source: more than 30 countries have already released official hydrogen adoption strategies. Luckily, end-markets such as manufacturing—an industry known for its fossil fuel pollution–could shift their capacities to green hydrogen production. Plus, since hydrogen production involves using solar energy, green hydrogen contributes to a circular carbon economy. By first decarbonizing existing markets through green hydrogen projects and infrastructure, the private sector could build a baseline before expanding the clean hydrogen initiative into new markets like aviation and energy storage.

The United States has a unique opportunity to profit off this untapped market. Since 1975, the demand for green hydrogen has grown at rate over 300% and it is expected to grow to 199.1 billion USD by 2023. When Tesla started selling cars, their technology was seen as an anomaly, but over time, consumers began to realize they received a higher return on their investment in EV cars compared to gas fuel cars. Green hydrogen is already used as a power source for electric vehicles, and the pre-established success of hydrogen technology in the EV industry provides an incentive to continue pushing its limits.

The main obstacle for renewable energy sources is figuring out how to produce them at low cost. The high cost of hydrogen carbon is largely attributed to implicit carbon pricing, due to the lack of centrality and cohesiveness in the market. But as gas prices skyrocket due to international conflict and more and more countries begin to fund hydrogen products, the price of green hydrogen will become more attractive compared to natural gas. As the cost of green hydrogen decreases, it will also open up opportunities for larger projects like power generation, road transport, and refineries.

However, creating the market for green hydrogen adoption will not be easy. In order to create supply, there must first be demand, but no one can buy the hydrogen for power until there is supply. The transportation industry and hydrogen-powered cars could be the catalyst. In the right conditions, this sector could help the hydrogen market become cost competitive. With the support of the private sector, governments and other companies could divert their investments towards a projected energy transition. If green hydrogen is the future, they won’t want to be left behind.

Since energy consumption will only increase in the future, major global powers working towards the same goal will drive the market’s growth. Though Europe currently dominates the green hydrogen market, the United States can easily catch up. In November of 2021, President Biden signed the Infrastructure Investment and Jobs Act, which included $9.5 billion in funding for clean hydrogen technology. Houston provides a specific niche that the hydrogen market could fill as the city’s economy is dominated by manufacturing, a power-heavy industry. Using hydrogen, the industrial sector in Huston could remove the 26 billion cubic feet of gas used daily for their production.  Houston is already an industry leader with few competitors. The time to switch tides in the environmental revolution is now. Investing in R&D could help leverage technological capabilities. This means that if the U.S. and the private sector move now, they will be able to capture significant growth and a first-mover advantage.  Furthermore, the government could provide funding through the forms of grants as a way to de-risk the investment first-movers will have taken, therefore providing more incentive to get the ball rolling.

How soon can we get this project started? The U.S. has already started to adopt the infrastructure to implement renewable energy into the electric grid with solar and wind power. The task now is bringing hydrogen to scale. As of right now, the dependence on fossil fuels will not be going away anytime soon, with countries scrambling to secure oil reserves in order to mitigate the rising costs of gas prices. According to Roberta Downey, London-based partner with law-firm Vinson & Elkins LLP, renewable energy reliance will not happen fast enough to help combat the ongoing sanctions on Russia. So our dependence on gas and oil will be here for a while. That being said, this war has caused countries to speed up energy transition plans. In Germany, the country has pushed up its goal to reach about 100% of renewable electricity by 2035, 15 years ahead of its previous target, 2050.

Creating the framework will not be easy, but if executed well, the opportunities for the future of sustainable technology are limitless. 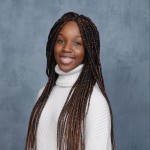