By: Raghav Ruia
In: Asia and Oceania, Development and inequality, Environment, Technology

In India, farmers are an integral part of the community — and a very important stakeholder in the economy. 43.93% of the country’s working population is employed in agriculture. Over the years, economic policies have been designed to enhance farmers’ incomes and help them break out of the poverty cycle they have been trapped in for generations. However, these efforts have not been incredibly successful. Relative to other laborers, farmers barely earn any money. At 8,391 rupees ($111.75 USD) a month in 2019, they make far less than an employee in a factory receiving 20,000/month ($266.36 USD).

This has created extreme economic hardship for farmers, in some cases resulting in suicide. In 2019, 2,690 farmers committed suicide, 86% due to heavy debts. Noticing this growing problem, the Indian government has taken measures to turn the poverty cycle into a prosperity cycle. However, most of these measures are supply-side policies that focus on increasing agricultural output rather than the causes for low farmer incomes, including reliance on monsoons for irrigation, low-productivity farming techniques, small farm size, and lack of access to easy credit. The new Indian government identified seven ways to increase farmers’ incomes:

However, in Rajasthan, a primarily agriculture state, the government killed two birds with one stone and increased subsidies on solar powered irrigation systems (SPIs). By incentivizing farmers to switch from fossil fuel-powered systems, the government decreased their cost of production and increased profit margin. This also increased the irrigation rate at farmers’ fields and increased the amount of solar energy generation in India. The measure has played a significant role in increasing farmers’ incomes in Rajasthan, hence ‘breaking’ their poverty cycle. Rajasthan’s case study applies to the entire country, as farmers across India are trapped in a similar cycle.

Rajasthan is one of the sunniest states of India. It experiences over 300 days of sunlight annually and has a location well-suited for solar energy production — 4.36 kWh/m2 to 7.57 kWh/m2 per day (kWh = one hour of a kilowatt of power). Rajasthan began building solar energy pumps to help its agriculture sector — 27% of the state’s GDP. As a result, the state began encouraging farmers to use solar energy pumps (SIPs) to irrigate their fields.

Why would farmers do this? Solar-powered irrigation costs less than petroleum pumps and, since solar creates a positive externality for society, around 80% of their cost is subsidized under Rajasthan’s solar energy policy, as shown in Figure 1.1. The same subsidies are not given to conventional irrigators, thus they have a higher cost.

This means that the manufacturers supply closer to the optimum quantity (Qopt), consumers (farmers) purchase products at a lower price PC while buying a larger quantity Qs from Qm, and hence the quantity traded of solar irrigation pumps rises from Qm to Qs.

What are the problems that farmers and the agriculture industry in Rajasthan face? Rajasthan’s heat and water scarcity makes agriculture difficult. In 2018 and 2019, nine districts suffered from droughts. Furthermore, with a total of 12.1 million kilograms (approximately 26 million pounds) imported between 2016 and 2018, domestic prices have decreased. The government delayed its imposition of import tariffs, heightening problems for farmers. Rajasthan’s erratic rainfall and drought-prone lands further increase irrigation problems. Although 400 billion rupees ($5.22 million USD) have been allocated to build irrigation projects, various bureaucratic delays have slowed implementation. Thus, farmers’ incomes have been decreasing, leading to suicide as an escape from financial troubles.

Let’s understand the relation between farmer suicides and income:

As incomes increased for farmers from 2015 to 2019, suicide rates dropped. Graph 1.1 shows this correlation. However, this raises a question: The inverse correlation suggests farmers’ incomes are increasing yearly, so why are suicide rates still high? The increase in income shown below (Table 1.2) is so small that they are negated by increasing interest — 8% from 2017 to 2019 —  and inflation (5.17%). This financial instability makes them desperate to seek credit. However, they are unable to pay off their increasing debt, putting them back on the road of financial instability and distress.

The Table below shows the additional credit farmers take on:

Even after government issued loan waivers — reductions in microfinance interest rates — farmers have been unable to pay back their debt. Their cost of living increases annually by an average of 6.09%. Considering this, it is clear that real income is lower than it should be, and there is no qualitative improvement in standard of living. Hence, the only solution to the continually decreasing real incomes and the perpetual poverty trap is to find ways to increase farmers’ real incomes. The concept of solar-powered irrigation pumps could be a game-changer.

Normally, irrigation happens at night because this is when farmers are given subsidized electricity to power conventional irrigators. This restricts farmers’ ability to irrigate their lands, reducing irrigation time and productivity. An area of land that normally would take twelve hours to irrigate takes multiple nights. Moreover, all-night irrigation wastes water and results in only 30-50% of the land being irrigated, the rest dependent on the state’s erratic rainfall.

SPIs, meanwhile, are powered all day and irrigate land 40% quicker than petroleum or diesel irrigators. They allow farmers to irrigate over 70% of their land without being reliant on rainfall and increase crop yield by an average of 28.59%. Moreover, a farmer requires fewer SPIs than conventional irrigators, increasing efficiency, while overall cost of production falls by around 20.62%. The table below shows benefits of SPIs over the other irrigators in the market.

Table 1.2 shows how switching from conventional irrigators to SPIs can increase irrigated land. This is also a step toward a greener environment, as farmers would reduce the amount of fossil fuels being burnt. Lastly, a larger irrigated area allows more crop production. Increases in supply are proportional to increases in irrigated area, and since crops have an inelastic demand, the increased supply will increase the quantity traded of farmers’ crops, raising farmers’ revenue and adding to their income.

Table 2.1 suggests farmers benefit economically by using SPIs. The cost-benefit ratio calculated by VPTEX (a microfinance company in Rajasthan) is above 1.0, suggesting that there is a greater benefit from using the SPI than cost to acquire one.

The internal rate of return (IRR) is the expected return in the future that farmers may get from their initial investment in SPIs. Comparing these IRR values to the farmers’ borrowing cost, they are likely to save between five and ten percent on irrigation. Thus, in the long run, the switch to SPIs saves farmers money while allowing them to earn more and pay off their debts. This switch allows farmers to earn more from their crop yield as producer surplus increases, once again increasing income and alleviating the poverty cycle.

Solution to problem three: no alternate source of income

Recall that in Rajasthan, around 50% of land requires rainfall for irrigation. This means that for four months of the year, 80% of farmers earn no income. In order to increase their earnings, it is ideal that in these ‘no-income’ months, they have an alternate source of income. Moreover, over 43% of farmers in Rajasthan own a piece of non-arable land where cultivation is less efficient. Thus, if this uncultivable land were to be used for an alternate source of income, farmers’ incomes would rise.

In addition to SPIs, farmers also purchase solar panels, which power the irrigators. The purchase of these solar panels is also heavily subsidized — up to 96%. These solar panels run 300 to 330 days a year. One panel has a capacity to generate 0.5 to 2 megawatts of electricity, and generally panels are bought in fours. A single SPI requires only 39kW of electricity per month —  way below the panel’s output capacity. So, farmers with SPIs create surplus energy which can be sold to distribution companies or the government. Farmers are likely to earn 3.14 rupees (4 cents) per kW —a total of 1000 (13.22 USD) to 5000 (66.10 USD) rupees per panel. Thus, they gain an alternate source of income — surplus energy.

If a farmer purchases twelve panels (the standard amount bought at once), each with a capacity of two megawatts, their projected income would look like this:

To conclude, the use of SPIs will certainly help increase farmers’ incomes and help them break out of the poverty cycle. Furthermore, the average cost of using an SPI is only seven lakh (9,259 USD), and more than three-fourths subsidized. Nevertheless, the subsidy program for SPIs seems to be a short-term policy. As more adopt SPIs, the government will not be able to keep giving subsidies at current rates.

But SPIs provide other benefits. They save on the cost of diesel and electricity and increase irrigated land. These benefits increase farmers’ incomes, lightening the burden of the poverty cycle. Investment at the current rate of subsidization has been found economically feasible as it generates an impressive benefit-cost ratio and internal rate of return. As former United States President Jimmy Carter said, “in directly harnessing the power of the Sun, we’re taking the energy that God gave us, the most renewable energy that we will ever see, and using it to replace our dwindling supplies of fossil fuels”. 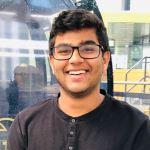