The future of Southeast Asian economies

By: Yee Young Cher
In: Asia and Oceania, World affairs

In Southeast Asia, a group of small nations are steadily growing into a formidable force, even in the face of multiple setbacks. Under ASEAN (Association of SouthEast Asian Nations), their goal is to foster economic and political cooperation among member states. It is likely that the group will play a growing role in global trade and politics in the future.

ASEAN is an economic union that serves to promote cooperation between its member states in Southeast Asia on all levels, including economics, security, and culture. For example, those holding a member state passport may enjoy more immigration benefits than non-ASEAN passport holders. Firms gain special benefits and expedited processes when conducting commerce and trade between member states. ASEAN’s largest strength is its geography and its ability to influence trade, especially given the historically strategic positioning of their waterways between India and East Asia.

While ASEAN does not have the power to fully compete with superpowers like China or the USA, it is still an effective group that exerts strong influence in its own right. ASEAN also lacks the organization and authority that the European Union has over its own member states. Nonetheless, ASEAN acts as a strong intermediary that unites Southeast Asian states to work in each other’s best interests. Recently, the union’s members have experienced rapid economic growth accompanied by a quickly expanding population of almost 700 million. Given enough time, ASEAN may compete directly with other global entities like the European Union.

ASEAN’s member states have widely varying cultures, religions, languages, ethnicities, and political systems ranging from an absolute monarchy to a communist one-party state to a liberal democracy. Yet the union still thrives due to close diplomatic connections and the unique economic benefits that each state brings. Member states recognize the mutual benefit of promoting stronger connections due to convenient geography, all without the complications of a shared higher authority like the EU or the United Nations. Each member votes on their own on larger motions, rather than electing a body of officials that all states must listen to, leaving each state more freedom to conduct their own affairs while working towards a common goal. This system has appeared to be effective for a union that involves a diversity of cultures, languages, and ways of life, leaving each state with more independence while providing a stable and officially recognized platform for cooperation.

ASEAN’s members are diverse and each have their own strengths. Singapore, a small island state and successful model of rapid growth and modernization, stands out among ASEAN members as one of the world leaders in GDP per capita and the human development index. They are globally renowned as a financial hub. Malaysia grew from several disconnected smaller Sultanates into a unified country with a competitive economy and strong control over maritime trade, with approximately $423,985 Million in merchandise trade. Thailand also possesses a strong economy as a large exporter of automobiles, electronics, agricultural products, and tourism, and they have implemented bold experiments to revive these industries during the COVID-19 recovery. Despite several long periods under colonial rule, the Philippines has since rebounded with a growing manufacturing industry. Semiconductors and other high-tech products constitute a growing percentage of its exports. Indonesia’s large and diverse population of almost 300 million drives a strong mixed economy in various sectors and large exports of coal and other energy resources. Vietnam has the potential for massive industrial growth by providing generally cheaper labor and more competitive prices than China with regards to everyday goods. As more and more investors and manufacturing companies are lured to the nation, China’s longtime status as the “world’s factory” has come into question. All of these states, as well as potential additions like Papa New Guinea and East Timor, play a crucial role in ASEAN’s future.

However, the union has much room for improvement. The COVID-19 pandemic has hit all member countries quite hard, despite most nations’ initial successes in curbing case numbers. The economic fallout of prolonged lockdowns have left many financially weakened, and most ASEAN members do not have the potential to recover on their own, relying on financial and medical assistance from foreign sources. Corruption in several governments and various forms of political instability still remain public issues, which can discourage future growth and investment in Southeast Asia. Additionally, there are still many regions that are quite lacking in general development, especially when compared to the more prominent and richer areas that the ASEAN states would prefer to showcase to the world.

If ASEAN can address these problems and maintain its strengths, they have the potential to become a global entity that can truly stand on its own, without being forced to favor or cooperate with other superpowers like China and the United States. Rapid vaccination rates among most member states have helped spur their economic recovery. This will help each country return to form and maximize ASEAN’s growth in their own way–Vietnam with manufacturing, Singapore with banking and finance, and Malaysia with maritime trade and palm oil, to name a few. ASEAN can also facilitate allocation of resources to areas that need them more by establishing funds and coordinating relief efforts between member states. Even if conflicts and belligerents arise among ASEAN’s members, the union has effectively acted in the past by imposing sanctions and boycotts. One example would be the actions taken against Myanmar after to the Myanmar Coup d’etat. It is highly likely that ASEAN will eventually hold a sturdy will of its own, managing itself without becoming too reliant on any one external superpower; it is easy to imagine a self-sufficient trade and logistics network among ASEAN member states. As such, the world should pay attention to these Southeast Asian economies as notable examples of modern development. 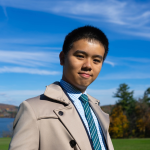