By: Grant Go
In: Asia and Oceania, World affairs

In the past century, Japan’s life expectancy has increased steadily thanks to medical advances and is now one of the highest in the world. Combined with the country’s low birth rate of 1.4 births per 1000, its reluctance to accept immigrants, and a tendency for Japanese women to choose a career over family, the population is both shrinking and aging. In a 2018 study by the World Population Review, Japan’s population numbered 127 million, and it is predicted to fall to 87 million by 2050.

One issue with an aging population is a shrinking labor force. According to The Economist, for every unemployed job seeker in Japan, there are 1.6 jobs available. Furthermore, the Japanese workforce is estimated to shrink from 67 million last year to 58 million by 2030. As people age, they retire, and there are not enough replacements to fill all the necessary positions. As the population shrinks, demand for goods weakens, lowering Japanese firms’ appetite for investment. This creates a cycle, in which lack of investment creates unemployment, which lowers demand further due to diminished household spending.

Japan’s aging population is also straining its public health care system, a system that, according to the WHO, provides free healthcare for anyone aged 70 or higher. People are spending more of their lives drawing on public funds, pensions and growing medical care, rather than paying into them. This social security system is unsustainable, and is expected to account nearly half of Japan’s total medical expenditure by 2020, paid for by taxes on the smaller, younger generation. Japan is already one of the world’s most indebted countries, with a debt-to-GDP ratio of 250 percent, and any new welfare and pension spending for the elderly will only exacerbate that debt.

Despite worries, this trend has some benefits. Senior Economist at the Fujitsu Institute, Martin Schulz believes that the trend is profitable for companies who have the foresight to transform their marketing strategies and product portfolio to fit the needs of an aging population such as easy-to-prepare meals in the retail industries, elder skin care products in brands like Shiseido, Kose, Pola Orbis Holdings and even the robotics industry, where as more is invested, people are beginning considering them who can elderly health care tasks like monitor body stats, provide medicine and even engage in conversation to meet the needs of the elderly.

The Japanese government is working to mitigate the impacts of a shrinking labor force and reduce the cost of supporting the elderly. To resolve this issue, the government would have to raise the fertility rate to 2.07 in order to increase the size of the next generation to replace the former, aging population. Last year a 20-member panel produced an initiative to encourage family such as assigning OB-GYNs to patients on a lifelong basis and providing subsidies for unmarried Japanese who undertake “spouse-hunting” projects. However, despite these solutions there are easier alternatives.

As the workforce declines, women can fill the gap, even in a patriarchal society ranked 105 in gender parity in the latest Gender Gap Report. Prime Minister Abe has implemented a series of policies he calls “womenomics”, which incentivize big companies to provide more opportunities for active and empowered female workers who would otherwise have to choose between a career and family through a variety of policies. The female labor force participation rate has seen risen from 66.5% in 2000 to 74.3% in 2018. These policies include longer maternity leave, flexible work arrangements, and a stronger daycare system. The government is also looking at modifying taxes on married women that prevent them from earning higher salaries.

The Japanese government is additionally looking to increase the labor participation of the elderly. According to research conducted by the University of the Haskoli Islands, Japan has raised the official age of retirement from 61 to 2013 to 65 by 2025 and encouraged elder workers to continue through methods like shorter work hours, encouraging people to stay healthy to reduce health costs, and reduction in pension benefits. The Japanese government is also proposing the building of Silver Centers, a program by which jobs are provided for people aged 60 years or older. These reforms have an added benefit of boosting the government’s finances since it leads to higher tax revenue and lower spending on pensions.

With regards to medical practices, there are various ways the government can make its health budget more efficient and less costly. In Japan, the health care system provides universal coverage for a wide variety of services, even for non-essential items like cold medicine.  While it may seem Japan’s health care is strong given its low mortality rate and long life expectancy, it is in fact unsustainable and inefficient in allocating medical resources for a high demand aging population Similarly, Japan places few controls over the supply of care. Physicians may practice wherever they choose, in any area of medicine, and are reimbursed on a fee-for-service basis, which can be costly if high tech machines and processes are used. There is also no central control over the country’s hospitals, which are mostly privately owned

Thus, Japan must act quickly to gain greater control over the supply and demand of healthcare Supply-side incentives include raising premiums for public insurance and a voluntary-payment scheme, so that individuals could influence the amount they spend on health care by making discretionary out-of-pocket payments or up-front payments through insurance policies. Both of these incentives would reduce the funding gap, encouraging hospitals to merge to lower supply costs and adapting a more controlled standard national system for training, paying and compensating doctors to avoid a shortage in the labor force. Demand can similarly be reduced by removing unnecessary medical services covered by insurance, as well as mandating flat fees based on patients’ diagnoses to reduce the length of hospital stays.

Immigration acts a last resort for increasing Japan’s labor force. However, these is a problem in the sense that only 2% of Japan’s population is foreign-born, compared to the 17% in United States.  This low rate of immigration is due in part to the Japanese public’s fear of increased crime, extreme right-wing feelings of nationality, and concerns about a disruption in social harmony. Prime Minister Abe wants to change this. Currently, Japan’s parliament is debating a bill to allow thousands of low-skill immigrants into the country to work in labor-heavy industries like agriculture, and construction. The current proposal would admit over 345,000 foreign workers over the next five years.

Japan’s primary demographic challenge is, and will continue to be, its aging population.  Japan will have to deal with problems such as a shrinking labor force, a shorter demand for goods, and increased strain on Japan’s social services. As of now, the solutions implemented by the government have some success. According to the Economist, there are 2 million more women in the workforce, and several top companies are raising the workforce such that 23% of the population over the retirement age are in the workforce. Despite this, and while there are several options the Japanese government has yet to endorse, it is possible that in a few decades much of Japan will seem more like a ghost town than the bustling nation we know today. 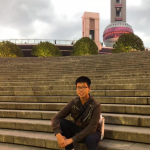 This Blog is about Information Technology