A key promise of Donald Trump’s presidential campaign – the renegotiation of the North American Free Trade Agreement (NAFTA) – is well under way, with a fifth round of trilateral talks held last month. It is no secret that President Trump has been highly critical of the trade deal, as he has taken to Twitter to slam Canada and Mexico for being “difficult” during the negotiations and suggested that his administration will “probably end up terminating NAFTA at some point.”

Proponents of free trade assert that it leads to cheaper foreign goods, additional income in the pockets of consumers, and an increase in overall economic well-being. In fact, economists tend to favor the concept of trade liberalization, with a 2007 survey finding that 83 percent of members of the American Economic Association agreed with the notion that the United States should eliminate its remaining trade barriers. Despite such a widespread consensus among economists, the American public remains divided on the virtues of free trade: a recent survey from the Pew Research Center found that 52 percent of Americans believe that free trade agreements are good for the United States, with 40 percent disagreeing.

This article investigates the differential labor-market effects of NAFTA by linking the wages, industries and geographic locations of impacted workers to changes in tariffs induced by trade liberalization. I find that African American workers experience drastic effects due to trade liberalization, while there is little evidence of a differential impact for Native American workers. In my main regression specification, individual characteristics including age, race, marital status, ability to speak English, educational attainment, worker industry tariffs and Mexican comparative advantage account for about a quarter of the variation in wage levels. Furthermore, I find that trade liberalization has stronger negative effects for less-educated workers, who tend to be employed in industries with higher initial, pre-NAFTA tariffs.

As a general matter, there are deep distinctions in economic security among white, Hispanic and African American families: on average, white families have approximately ten times the wealth of Hispanic families and 13 times the wealth of African American families. Additionally, research by Amitabh Chandra finds very slow rates of wage convergence between white and African American male workers from 1950 to 1990, with African American male workers earning approximately 75 percent of what their white counterparts do, when excluding non-workers. Such large racial discrepancies in earnings introduce the possibility of endogeneity when attempting to quantify the labor-market effects of NAFTA; in other words, it is difficult to disentangle the effects of NAFTA attributable to race from the effects of other underlying factors that also influence wages. Therefore, it is important to take any prima facie relationship between race and NAFTA with a grain of salt.

Economists John McLaren and Shushanik Hakobyan have explored the local labor-market effects of NAFTA, finding evidence of substantially lower wage growth among low-education workers in areas most vulnerable to trade liberalization. Moreover, they find evidence of a “multiplier effect,” with liberalization putting significant downward pressure on wages across all industries in NAFTA-vulnerable regions. Finally, in their seminal 2013 paper, David Autor, David Dorn and Gordon Hanson find significant evidence of downward pressure on American workers’ wages as the share of Chinese imports increased.

The dataset used in my analysis incorporates publicly available U.S. Census information from 1990 and 2000, maintained through the IPUMS project of the Minnesota Population Center. The U.S. Census divides the country into 543 similarly-sized, overlapping regions determined primarily through economic integration called Consistent Public Use Microdata Areas (ConsPUMAs). The U.S. Census also defines 89 traded-goods industries. Table 1 includes summary statistics for the sample workforce for 1990 and 2000.

While most of the above measurables are fairly stable over time, there are some differences to note. First, the workforce was more diverse in 2000 than it was in 1990, as the proportion of the country identifying as “white” dropped by approximately 5.3 percentage points. Second, there is a perceptible difference in educational attainment levels, with a slightly larger proportion of workers having a college degree in 2000.

For each industry, I designated τ to be the average tariff that the United States levies on Mexican imports in that industry, similar to McLaren and Hakobyan’s convention. However, since vulnerability to NAFTA is only important if Mexico has a comparative advantage in the production of a particular good, I use a weighted-average tariff for each ConsPUMA that incorporates Mexico’s revealed comparative advantage (i.e., the share of Mexico’s world exports of a particular good relative to the share of Mexico’s world exports across all goods). The change in the weighted-average tariff from 1990 to 2000 for each ConsPUMA c is given by locΔτc.

For the purposes of estimation, I use what is known as the LASSO, or least absolute shrinkage and selection operator, to penalize the inclusion of additional, irrelevant variables to my model. The following is the preliminary model specification, prior to LASSO feature selection:

The dependent variable in the model, log(wi), is the natural logarithm of worker i’s wages in 2000. The independent variables include educ, which measures the maximum educational attainment of each worker; border, which applies to those geographical areas along the border between the United States and Mexico; and X, a set of personal characteristics intrinsic to worker i, such as sex, race, age, marital status and ability to speak English. The two other independent variables, minwage and chnm, represent the state-level minimum wage and the employment-adjusted share of Chinese imports in the worker’s industry, respectively. In my analysis, the parameters of interest are β4 and β5, which measure the geographical impact of NAFTA on wages, disaggregated by race.

The results of my analysis are included in Table 2. I find that African American workers with a college education likely benefited from trade liberalization resulting from NAFTA. This may be due to higher-than-average growth in the proportion of African Americans with a college degree relative to the rest of the workforce between 1990 and 2000. Additionally, college-educated African Americans were typically employed in industries that had fewer trade protections, and thus saw tariffs decline by less on average. This is an important point because industries that are less protected are more likely to benefit from economic integration and a higher demand for exports. Hence, in these industries one would expect less outsourcing of labor to low-wage countries, ultimately benefiting the worker.

Moreover, my findings suggest that President Trump’s desire to renegotiate NAFTA may reverse key gains made among urban, college-educated African Americans while failing to actually bring back blue-collar manufacturing jobs. In addition, while it may be the case that trade liberalization depressed wages for less-educated workers, American workers – including racial minorities – are becoming more educated. Thus, free, unrestricted access to Canadian and Mexican markets for professional services may benefit minorities with higher levels of educational attainment and help narrow the massive income disparity between racial groups in this country. 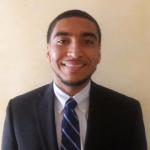 M.A. Student in Economics at USC. I like giving opinions about all things economics, particularly matters of urban and labor economics.