On Monday, the internet woke up in outrage after multiple videos surfaced of a 69 year old physician, later identified as David Dao, being forcibly dragged by Chicago police off of a Sunday evening United Airlines flight departing for Louisville, Kentucky. Immediately, everyone in the Twittersphere broke out their respective hot takes. Many blamed United Airlines directly, while others, such as Slate columnist Helaine Olen, blamed “political anger” for the general failing of “customer service.” By noon, the outrage cycle had come full circle, with Timothy Lee at Vox echoing hundreds of others calling for greater federal regulation of the airline industry. Calling for more mitigation of market forces completely misses the point.

@United overbook #flight3411 and decided to force random passengers off the plane. Here's how they did it: pic.twitter.com/QfefM8X2cW

The Department of Transportation currently regulates the process through which an airline can overbook and subsequently “bump” a traveller who has already paid for a ticket. An airline will usually announce that it has an overbooked flight, and some passengers who can afford to take a later flight — potentially with financial incentives — will volunteer to get off the flight. If not enough people take the bait, then the incredibly regulated involuntary bumping process begins.

This involuntary bumping process employs four tiers of compensation for cancelling someone’s flight. For the case of United flight 3411, the DOT maximum compensation rate would have been $1,350 because UA did not supply Dao with alternative travel plans. However, United’s bid did not hit $1,350, let alone $1,000. It only offered $800 to cancel travel to return to a city for the beginning of a work week, hence initiating the involuntary bumping process.

The Courier Journal reports that after involuntarily bumping a couple off the plane, United staff came to Dao, the physician from the video, who refused to leave because he claimed to have patients that he had to see on Monday. After Dao refused to leave, United called on the Chicago police to forcefully drag Dao from the plane, leaving his face bloodied and evidently traumatized.

United shares down 4.4%, erasing about $990M in market value from the airline's shares amid scandal https://t.co/6o4PKoyseS pic.twitter.com/O2Hg8DLYnS

Fewer than 48 hours later, United has lost well over half a billion dollars and become the source of seemingly universal disdain and disgust on the internet. All of these catastrophic ramifications beg the questions: what happened here? And who is to blame?

First, it seems as though United violated its own policy. Its contract of carriage notes that oversold flights may deny entry for certain passengers after asking for volunteers, but nowhere does it say that the police or other government law enforcement can forcefully and violently remove a passenger from a plane.

In addition, both United’s pathetic $800 offer as well as the arbitrary $1,350 federal maximum reflect a total rejection of the reality of market forces and consumer choice. On a flight as coveted and strategic as a Sunday evening one, presumably where a majority of travelers intend on making it to work on Monday morning, the market value of their flight can be multiple times the value of the federal maximum, let alone a measly $800.

If anything, United ought to have booted one of its own employees from the plane rather than a paying customer, although union contracts may have prevented that, which presents another problem entirely. Furthermore, the government was explicitly complicit in the assault of a paying customer through Dao’s removal by the police, who laughably claimed that officers “attempted to carry [Dao] off of the flight when he fell.” Not surprisingly, the officer at hand has been put on leave.

It simply doesn’t have to be this way. Given the high opportunity cost of empty seats on flights, overbooking will remain a valuable practice for airlines, as everyone shows up for a given flight the vast minority of the time. However, by using market forces and a capitalist approach, United can find a balance between high producer surplus and maximizing customer satisfaction as a whole.

As Max Nesterak of PBS Newshour notes, Delta surveys all of its passengers to list their perceived value of its flights so that using perfect price discrimination, it can target specific individuals with low offers to get them to volunteer to take a voucher or a later flight. And on the public sector end, removing totally arbitrary maximums from federal regulatory agencies would reassert that the power of a transaction rests in the hands of the consumer, not the state.

The image of David Dao’s ruined face, murmuring “please kill me,” over and over again has been seared in the minds of millions of Americans. While the human cost of Dao’s suffering cannot and should not be exploited, perhaps the very real fiscal ramifications of United’s actions will serve as a reminder to the airline industry as a whole that the forces of the market are much more efficient, fair and effective than those of violence and forceful regulation. 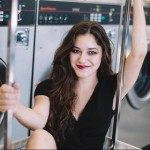