A time for peace, a time for debt: The cost of colombian reconstruction

By: Alex Vainberg
In: Americas, Development and inequality, World affairs

After 54 months of peace talks in Havana between the FARC (Armed Revolutionary Forces of Colombia) and the Colombian government, a tentative deal was signed with the intention of ending the longest civil war in modern history. The conflict began in the mid-1960s as a byproduct of the Cold War and served as a proxy battleground for Soviet and U.S. forces. After their ties to the Soviet Union were severed, however, the FARC turned to drug-running, kidnapping, extortion, and even all-out territorial war to fund their campaign. This delegitimized their political claims and turned them into what many agreed was just another violent, rent-seeking group in Colombia, masked under the guise of political ideology.

As of 2012 (the year peace talks began and a ceasefire was agreed upon), over 220,000 people had been killed in the conflict, and around 6 million more had been displaced from their homes. The deal was therefore of critical importance to the future of the nation, and it was the first of its kind to have any real chance of success. Nevertheless, the treaty was, at that stage, merely symbolic, and Colombians would have to ratify it in a plebiscite set for Oct. 2, 2016. The results were unexpected, as the “No” vote won by less than half a percentage point. The president and 2016 Nobel Peace Prize laureate, Juan Manuel Santos, urged his citizens not to lose faith in the process; his predecessor, Alvaro Uribe, basked in the failure of what he had called “a fraudulent peace.”

One of the most controversial and distorted aspects of the agreement was its possible impact on the Colombian economy. While it is difficult to ascertain the potential economic consequences of the deal, there are some figures that can be analyzed and truths which can be pieced together to forecast what could happen if peace were to be signed under similar circumstances.

First, we must acknowledge that reconstruction is a costly affair. The Colombian minister of finance, Mauricio Cardenas, pegged the amount at around $30 billion USD; Capital Economics, an economic research firm, said it would be around $60 billion; and Global Risk Insights, a political risk analysis group, put the price tag at $90 billion. A study conducted by BBC Mundo found that costs would come from three major sources over a 10-year period. The authors estimate that the per-year cost would be at least $3.5 billion in subsidies and programs for victims, $1.8 billion for agricultural reform and investment, and $2 billion for the integration of rebel combatants into society. Their estimate, therefore, came to around $73 billion over the next decade.

Despite this massive price tag, the “Sí” campaign believed other factors would counterbalance the new debt issued as a result of the deal. They touted the possible upsurge in foreign and domestic investment, arguing that a more stable business environment would foster improved consumer confidence, leading to more jobs for incoming ex-fighters and other Colombians. The reality, however, is not so straightforward.

Counterinsurgency experts David Kilcullen and Greg Mills explain in their feature for the Center for Complex Operations that “most campaigns struggle with connecting improvements in security with sustainable employment creation, especially in rural areas” and that “job creation is key, because it will help dissipate much of the sense of grievance that has historically fueled conflict.” Most rebel combatants are from rural areas of the country, and the $18 billion or so dedicated to this routinely overlooked sector might be in vain if the funds are not strategically invested. Past public investments in agriculture have been plagued by unmet deadlines, corruption, and the misuse of funds. There was little evidence public agents could be trusted again with such a complicated and expensive task, and many saw the probable failure of this endeavor as an opportunity for ex-rebels to join gangs and other guerilla groups when the legal route failed.

The $20 billion allocated for “integration” was a very vague and controversial point in the deal as well. Identity changes, safety nets, and police protection for common rebel soldiers were included in the agreement, but the extent to which these safeguards would be implemented was dubious at best. Would a company know whether a potential employee was a member of a Marxist guerilla movement? Why were taxpayer dollars being put in the pockets of individuals who were killing Colombian soldiers not a month ago? These were all bitter pills to swallow for the average hard-working Colombian, especially given the country’s already exorbitant tax rates (Colombia has the fifth highest tax-to-GDP ratio in the world). There was also uncertainty about the skills these ex-rebel fighters had (or lack thereof), and how they would translate into a formal economy where gunfighting and survival skills aren’t in much demand.

This may seem like a bleak prognosis, but it is important to consider the alternative. Since its independence in 1810, Colombia has rarely experienced a moment of peace. It is a historically violent country with an inherited propensity for war, and only extreme measures can break the cycle. The U.S. government invested in and made concessions to the Confederate states after the Civil War, as did the U.K. after its deal with the IRA – peace is as difficult as it is necessary. Though Colombians weren’t convinced by this particular agreement, they must not lose hope for a peaceful future. War is an unsustainable and expensive activity, which hinders more lives than any price tag, tax increase, or awkward labor environment ever will. 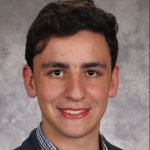